The cedar chest from my grandparents’ house had been buried in the garage since my parents moved to their California house. For years I had wanted to open it and it wasn’t until we were preparing the house for sale that the garage was cleaned out enough to even find the box holding it. One of the first items that I found was this photo: 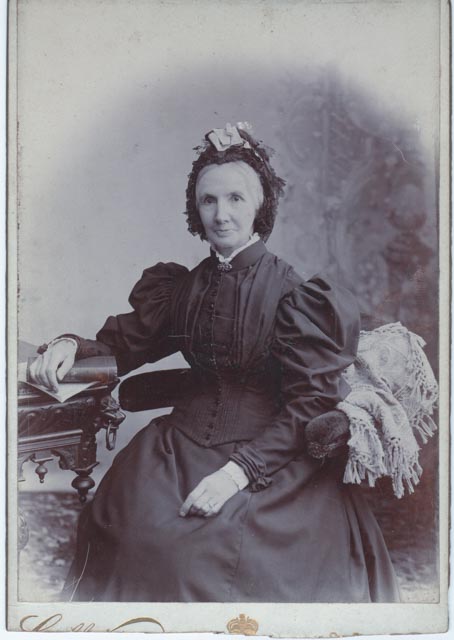 On the back of the photo was written “1897 Elizabeth Eleanor Hagell – my dear Mama’s photo taken at age 75 years 11 mos.” I had my phone with me with a copy of Ancestry and was able to confirm immediately that Mrs. Hagell (nee Parsley) was my 3rd great-grandmother through my paternal grandmother.

Of all the family photos I’ve found so far, this is one of my favorites. She appears to be trying to keep a serious expression on her face as she holds still for the camera, but her mouth turns up and her eyes twinkle despite her efforts.

Elizabeth was born in Canterbury, England in 1821 and lived to the age of 84. Along the way, she married Frederick Hagell in 1839, whose occupation was listed as “pastry cook,” and had 13 children, about 10 of whom lived to adulthood.

In the 1881 England census, Frederick, Elizabeth, and Isabelle, the eldest daughter of the household, are all listed with the occupations of pastrycook and baker, so it was probably a family business. The Hagell family had been pastry bakers in Canterbury for most of the 19th century.