In honor of Valentine’s Day, this week’s theme is, of course, “Love.” It is the perfect time to continue the Melcher family’s story.

I’ve already written about Benjamin Morse Melcher, a sea captain living in Brunswick, Maine. His wife’s name was Emeline Sylvester Morse, daughter of Joseph Morse Jr. and Lucy Sylvester. They were first cousins, not unusual in small-town New England. I have not yet found any marriage records for Benjamin and Emeline but they were probably married around 1845 or 1846 after Benjamin returned from a long sea journey that included a stay in India.

While in India, Capt. Melcher bought fabric with custom embroidery for Emeline’s wedding dress. According to the notes of the Penobscot Marine Museum where it is kept, it took four men three months to embroider the material for the skirt. Unfortunately, Benjamin arrived home with it too late for it to be made into Emeline’s dress. Instead, her daughter Emma had it made into her own wedding dress.

The museum has quite a few more items of Emeline’s wardrobe in their archives, including several collars, sleeves, and head coverings. The top image is not Emeline, but a portrait that illustrates how the collars and sleeves would be worn with a lady’s dress. 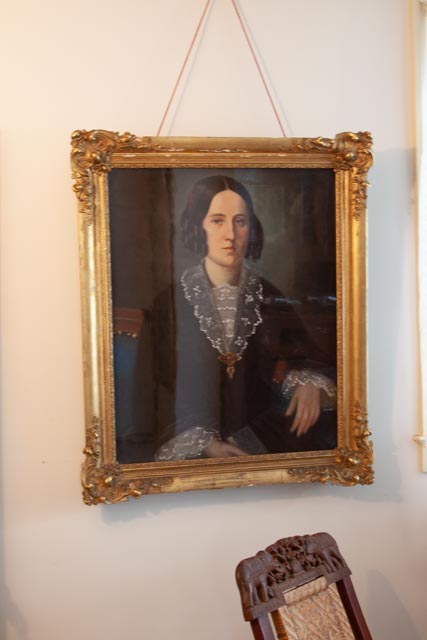 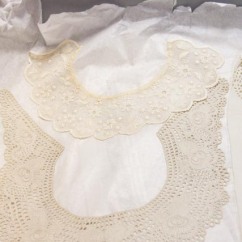 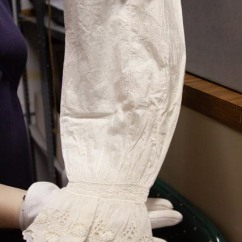 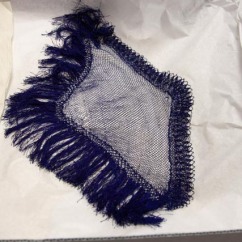 Two of my favorite items in the Penobscot’s collection are her cameo of Benjamin created in Belgium and a beautiful sheet or tablecloth probably acquired in India. 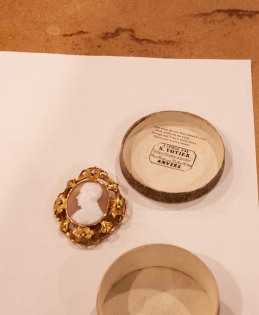 Cameo of the Captain 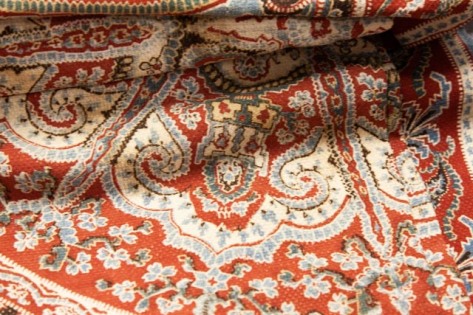 Benjamin and Emeline had photographs of each other to keep with them while Capt. Melcher was off at sea and they are also in the museum’s collection. They are ambrotypes; popular in the 1850s. You can tell that the photo of Benjamin is in much better shape, perhaps because it sat safe at home while Emeline’s photo had to travel far and wide in a coat pocket. 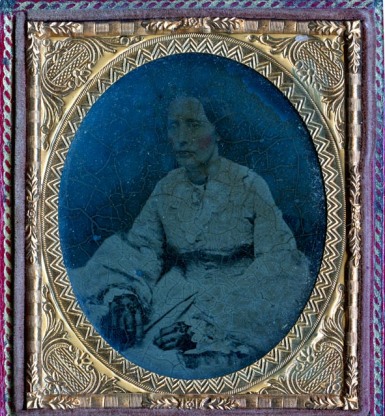 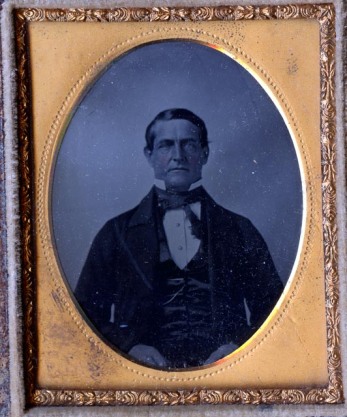 After Benjamin’s death in 1894, Emeline spent the last years of her life living with her daughter Emma Whittemore in Grand Rapids, Michigan. She died in 1898 at the age of 78.

*All photos copyright 2018 by Deborah A Barber. Please credit me and the Penobscot Marine Museum to repost.

This site uses Akismet to reduce spam. Learn how your comment data is processed.